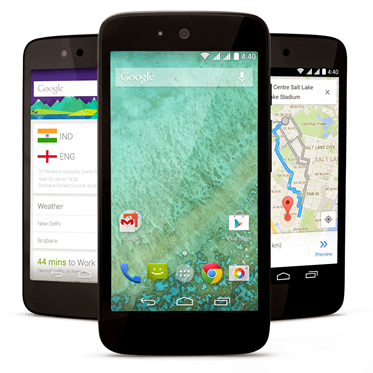 The successor of Karbonn Sparkle V is going to arrive in Q1 2015, the Executive Director of Karbonn Mobiles, Shashin Devsare, who recently spoke at the Dream 500 Million Smartphones event in New Delhi. This news reaffirms the long term commitment between Google and Karbonn to the Android One project.

Although Shashin Devsare didn't say a word about the new generation Android One, but we can predict that the quality of Android One should be not bad out of launching purpose. What's more, the other two manufactures Micromax and Spice didn’t disclose any information about the new Android One. So the market in 2015 will be full of surprising.