According to related rumors, Apple will release the iPad Pro with bigger size than before. But most of people prefer to compare Surface Pro 3 with iPad Pro which owns ultra-slim body, enhanced audio capabilities and 12.2 inches screen display. 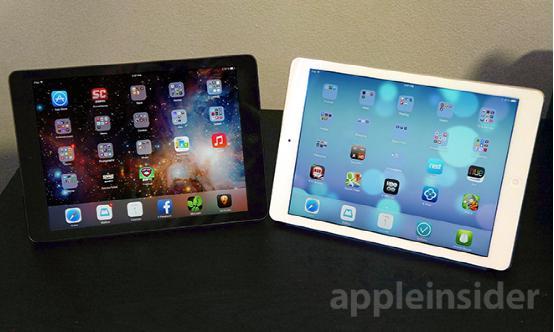 The Macotakara, which is a Company from Japan, said the marketing position of iPad Pro is the same with Surface Pro 3, but iPad Pro will go with the 12.2 inches screen display but not the 12.9 inches as Surface Pro 3.

iPad Pro looks like a bigger iPad 2 with two audio speakers and a microphone, which makes iPad Pro possesses stereo sound. What’s more, the thickness of iPad Pro will be slimmer as well as iPhone. But mass production iPad Pro has now been postponed to next year.