By convention, the recycling of used iPhone will become a fad before Apple launching the new iPhone. According to the 9to5Mac which is about science and technology news site, the second-hand recycling sites in America now offer $350 to buy used iPhone 5s which have a good look. 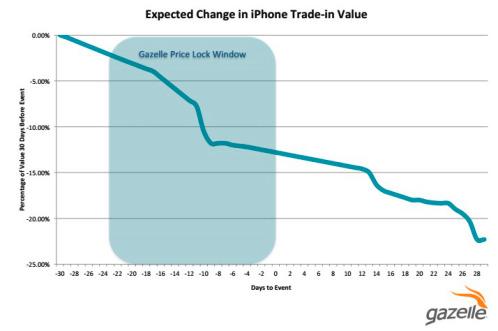 Various medium revealed that iPhone 6 will be released on Sept. 9 by Apple .Inc. Recently, the Gazelle announced that if the users are willing to sell iPhone 5s, the websites can volunteer to assess the price of device, and lock 50 days for iPhone. When you purchase the iPhone 6 successfully, then the iPhone 5s can be delivery to the site.

In addition, in order to encourage iPhone 5s users sell their mobiles, Gazelle declares that the recycling price will be increased. At present, the highest recycling price reaches $350 for those used iPhone 5s which have a good look.

Interestingly, this time last year, the recycling price of second-hand iPhone 5 is also $350 during launching the iPhone 5s and iPhone 5c.