The new generation iPhone from Apple would undergo a series of rumors, exposure before being launched, and users also would change their minds from "sales resistance" into "must have". iPhone 6 has been exposed so far with the latest photos - retail box and boot screen. 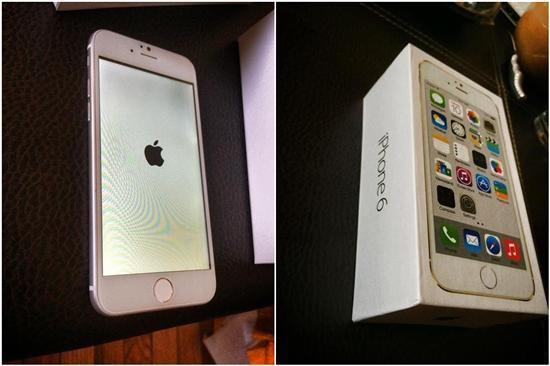 According to the report, the latest iPhone 6 is highly similar with that rumors to be, which are 4.7-inch screen, the luxury golden back cover, new frame design, antenna position, ultra-thin body, etc. by an Apple beta tester. However, the screen display is not arc screen as said before. About the reality of photos, it was improved that the photos of iPhone 6 were real by checking the EXIF data in which is no trace of modification.

In consideration that Apple Inc. may hold the conference about new products, and iPhone 6 is going to be made in the series process, so the pictures of iPhone 6 are certain credibility. There will be more news about iPhone 6 in the coming weeks. The things which users don't know yet are that if there are iPhone screen display of 5.5-inch and when to launch it.