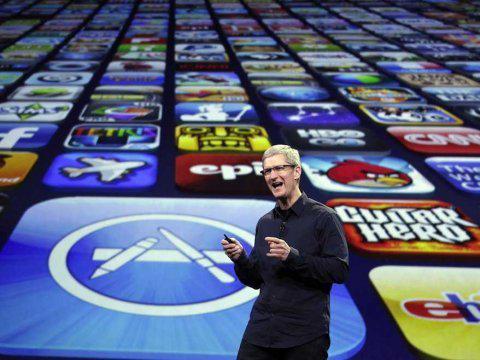 Apple today has revealed top 15 app downloads of 2013 for iOS(iPhone & iPad). Candy Crush Saga wins the No.1, second YouTube and then Facebook, Twitter and Google Maps.

Since its launch in November, 2012, Candy Crush Saga's downloads exceed 500 million and has been played over 150 billion times. Its popularity owe to the increasing game props. King, the game developer is planning to post IPO next year, which means this game will keep its leading position in 2014.

YouTube has always been the most popular video app. Updated version 2013 has improved video quality and optimized WiFi connection.

3. Temple Run 2
This game launched App Store early this year and hit a 20 million download record. Compared to its first version, new level and female role have been added to the new game.

5. Google Maps
Google Maps enhances its SNS element like more "flow remind" after its purchase of Waze. Earlier this week, Google Maps for iOS has added something similar like “Google Now”. With the app, user can check airline and hotel booking info directly.

6. Snapchat
Snapchat has added "Stories" this year for user to create a timeline of photos collected in 24 hours. In addition, new feature "secret filter" was also added this summer.

7. Instagram
Despite the criticism of copying Snapchat for the newly added "private letter" feature, Instagram is still one of the most popular applications.

9. Pandora Radio
When Pandora Radio came to the market this summer, users were posting tweets claiming that this iTunes Radio flow media music would face difficulty. But the fact is, the subscription of Pandora Radio has reached to 72.7 million by this October. This may probably due to an extension of up to 40 hrs per month for free users.

This game is an adaptation of the hot movie "Despicable me". Simple but heat.

11. Flashlight
It's truly surprised that a flashlight app ranks within top 15. Though iOS 7 is embedded with flashlight feature but it doesn’t stop user’s heat towards Flashlight.

12. 4 Pics 1 Word
User has to guess a word with the given 4 pics. Simple and excellent game of killing time.

13. Twitter
Twitter has renewed the app this year with enhanced searching ability assists user to search hot TV series or find friends around. It's messaging feature now points directly to Facebook and it has become a useful program for important info as well as popular chatting tool.

14. Subway Surfers
Subway Surfers is a thrilling racing game. User runs in multiple subway lines to collect keys for awards. At the same time you mustn't be caught by the chasing train conducts and dogs.