Samsung is to be Deserted, Apple Alter Other iPad Display Suppliers

In the earlier time, as the South Korean media reported, Apple had sent quotations for Retina display manufacturer including LG Display, Sharp, Japan Display and AU Optronics. Obviously, Samsung’s elimination from the list evidences Apple’s determination of getting rid of Samsung’s components. An Taiwan-based company Innolux Corp, is said to be the replacement of Samsung, according to the latest news. 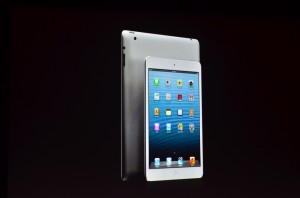 “David Hsieh, NPD Disp Since 2008, Innolux has been supplying the touch panels for the 9.7in Apple iPad. As it is reported, one of the senior executives of Innolux hinted the company will focus on smart phones and tablet PCs this year, the goal is to supply 7-inch display during the year.laySearch Greater China region vice president, reportedly said on Thursday that Apple will rely at least in part on Innolux for touch panels in the next iPad mini”.Meanwhile, Taiwan media said that Innolux Corp will get the request of product quality inspection from Apple, in the last preparation of iPad mini display.